Panama might well be your best option for a second residence if you want to save time and money when facing lockdowns and restrictions imposed by governments worldwide. For us humans, freedom is priceless and having two or more residences to manage the current pandemic situation provides you with the liberty to choose the best place to stay, based on how you feel your governments are currently handling the crisis.

Panama today is far removed from those days back in the eighties when it was unsafe and was ruled by an unsavory narco-military dictatorship. Things have changed dramatically. Nowadays, Panama is a mature presidential democratic republic.

Blacklisting ­thanks, mostly, to a narrow European viewpoint­ is also a thing of the past. Panama has signed more than 70 treaties with countries with which it automatically exchanges financial information. According to a recent report submitted to the G20 countries by the Organization for Economic Co-operation and Development (OECD), it is now considered a country that fully complies with the standards of international fiscal transparency.

Panama means clean air, beautiful beaches and fascinating flora and fauna. Cosmopolitan Panama City offers pleasant boulevards, skyscrapers and an exciting nightlife. Above all, Panama is a tropical country whose climate is like a perpetual summer, a superb place to reside, invest and do business.

Panama is doing very well with multiple economic accomplishments, such as the construction of its 37 km rapid transit system, the Metro, the expansion of the Panama Canal and investments in mining and construction. Panama has ranked as one of the fastest-growing economies in the Americas since 2007, posting double-digit growth in recent years and boasting a region-high per capita GDP of USD 11,900.

It is home to the world’s first and largest shipping registry and its strong service sector caters to banking, tourism, mining and trade in general. The Colón Free Zone, located on the Atlantic side of the Canal, is remarkably successful, having attracted over 1,800 transnational companies.

Panama has been a well-developed banking hub for many years, now consisting of 78 banks, 37% of which have international licenses. There are also representative offices of 15 foreign banks.

The recently concluded USD 5.2 billion Panama Canal expansion program is the first major expansion since the canal was built more a hundred years ago. It is also one of the megaprojects fueling Panama’s impressive and sustained economic growth. The megaproject added a new set of locks on each end of the waterway: one set on the Pacific and one on the Atlantic. It is also widening and deepening crucial stretches to accommodate post-Panamax size ships (over 13 rows of containers wide) – today’s mega-liners – which are too large for the Canal’s original dimensions.

Both governments and the citizens are concerned about the environment. Significant sums have been spent to reforest nearly all the areas affected by the canal expansion.

Another megaproject is in sight: the construction of a new Pacific port and the agency in charge of the project has already purchased 113 acres of land for the construction.

The United States’ long-term influence on Panama has greatly benefited the business and communications infrastructure; Panama City in particular, now having the very highest international IT standards.

Panama City has been dubbed the No. 1 Retirement Destination for Pensioners, the Logistics Hub of the Americas, the Dubai of Central America and many others.

Panama has a territorial tax system, meaning that it exempts all income earned outside Panama, with only locally-sourced income being taxed. There are no ‘offshore’ regimes as such other than the Colón Free Zone and various special export processing zones. This policy of zero tax on foreign income applies to individuals residing in Panama as well as Panamanian companies.

There is no capital gains tax but gains on real estate count as income. There is a withholding tax of 10% on dividends from a Panamanian company whose income is locally-sourced. VAT is 7% and import duties have been reduced substantially in recent years. The Government’s extensive investment incentive programs offer substantial tax benefits to incoming investors in many sectors and exporting of locally-sourced products provides additional tax benefits. The free zones are ideal for locating regional distribution centers.

Is Panama a Tax Haven?

What does ‘Panama Papers’ mean?

The case of the Panama Papers dramatically exposed Panama as a country apparently admitting tax evasion, even though 70% of the operations of the firm involved were carried out in jurisdictions other than Panama and the money invested in the structures created by the law firm in question were mostly located outside of Panama. It has to be admitted, however, that the country didn’t manage the situation well at the time and it has had to respond quickly to recover its favorable image.

It has subsequently been established that it was not the financing platform itself that fed the huge scandal, but rather the way in which that platform was criminally exploited. As one of the Panamanian ministers put it, there is a big difference between the ‘Panama Papers’ of Mossack Fonseca and those of the country of Panama.

The Government’s roadmap was updated to reflect its intention to remedy these irregular situations and advance with its Action Plan to implement the Financial Action Task Force on Money Laundering (FATF).

What about the so-called ‘black’ and ‘gray’ lists? In June 2000, Panama was identified by the FATF as a ‘non-cooperative jurisdiction’. Panama immediately took actions, correcting regulations and legislation. In June 2001, the FATF removed Panama from the blacklist and it was praised by the FATF for its substantial efforts to conform to the 40 recommendations set out in a code of good practice governing money laundering.

The country has continued to make progress, and in February 2016 it was removed from the FATF list of monitored countries. In January 2018, the Mutual Evaluation Report on the Republic of Panama was issued, making several new recommendations as to how Panama could reduce its risk of dubious or illicit asset placement. Unfortunately, Panama was again included recently by the EU as a non-cooperative jurisdiction, specifically by France and the current administration has permanent commissions working to coordinate efforts at the very highest level among all relevant state actors to move ahead with the country’s agenda of continuing the fight against money laundering and working towards a more transparent system and, of course, removal from this and any other blacklist that may exist in the world.

These are unsettled times. It would not have been realistic to imagine that Panama would escape the enormous negative impact of the current pandemic. There is no question that it is indeed suffering the economic crisis that COVID-19 has provoked.

When an individual has to consider moving her or his tax or physical residence, all of these facts and circumstances have to be weighed up before taking such an important decision – political stability, security, free movement of capitals, respect for the rule of law, and good health and education services. But if you’re now living in a hostile environment where your security and that of your family is at risk, then the choice is in fact much easier. No one will tell you it’s easy, but you owe it to yourself and your family to make that effort.

You are probably confined at home right now, so it is a great time to explore the best options for your future, plan for your retirement, for a new residency or for a second citizenship and as we have described in this article, Panama has so much to offer.

It may be a while before we can connect in person again, so take the time to do your research and put some plans into place. There is no question: a crisis changes things, but at the same time it creates new opportunities.

There is an opportunity at this moment to migrate to Panama at a fairly low investment cost. It is known as the Permanent Residence of Friendly Countries. Major investments are not required, nor extensive documentation and visas can be obtained in approximately 2 to 3 months. The program can be seen as the fast-track option for residence in Panama with an exceptionally low investment.

Applicants are eligible in two cases, firstly for professional reasons, such as the case where the applicant has entered into an employment contract with a Panamanian employer; and secondly, when there are economic and investment relationships between the applicant and the Republic of Panama (such as investment in Panamanian real estate or ownership of a Panamanian company with a business license). Once the applicant obtains the residence permit, she or he can apply for an indefinite work permit.

Applicants are required to deposit at least USD 5,000 in a local bank account, plus an additional amount of USD 2,000 for each dependent. Applicants will also have to prove that they have a genuine investment interest in Panama.

The reason behind the granting of immediate permanent residence permits is that Panama is experiencing unprecedented growth but has a limited domestic workforce.

As a resident under the immediate permanent residence program, you can also benefit from Panama’s territorial tax system: all your overseas income is tax-exempt in Panama. This offers splendid opportunities to develop your own creative business plans.

Why not escape to a place where the weather suits you, the quality of life is high, taxes are low (negligible even) and the pace of day-to-day living is calm and laid-back, politics stays in the background and the joys of a friendly environment allow you and your family to fully enjoy life?

Here at Globo Consulting www.globoconsulting.com we are committed to helping you and your clients to obtain resident visas under the Friendly Countries program as your best second option of residence worldwide in terms of time and investment.

Consider your loved ones and provide them with improved options for living comfortably in these difficult times. 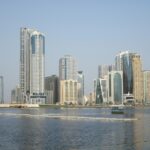 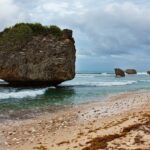 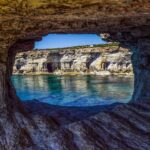 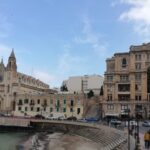 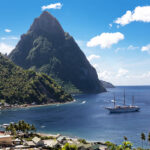 We grow with our Client. By keeping the focus on the Client, we expand our knowledge